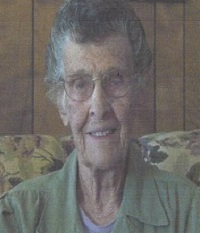 Betty Ruth Mosher was born in a small house under a large oak tree in North Sacramento in 1925. In high school, she enjoyed art and pottery and hoped to go to work for Gladding McBean Pottery in Lincoln, but World War II changed everything. A couple days after graduating from Grant Union High School, where she had taken a special course in aircraft engine repair, Betty went to work as an aircraft mechanic at McClellan Air Force Base. Over the course of the two years she worked at McClellan, Betty's career progressed from mechanic learner to junior aircraft line assembler grade 9, since women were not allowed to be full mechanics at the time.

In March 1945, while at a meeting of a roping club she helped start, Betty met two cowboys. One was Stanley James "Jim" Samson, who she married on October 22, 1946. Jim and Betty eventually bought a ranch in rural Auburn, which they named Spring Creek Ranch after the ranch in Cottonwood, Arizona, where Jim had worked.

Betty became active in the Placer County Historical Society, and was the chairperson of the Oral History Committee from October 1989 until September 2015. She interviewed many old time Placer County residents. She will remain the dinner reservation chairwoman until June 2016. She is also active in the Placer County Historical Foundation. She helped make the pickets with names on them for a picket fence around the Bernhard House Museum, which was part of a fundraiser in 1979 for restoration of the Bernhard House.

I have probably known Mrs. Samson and her daughter, Karri, for close to 20 years. It was probably my presidency of the Friends of the Auburn Library that prompted them to rope (or shanghai) me into becoming president of the Placer County Historical Society. This led to my eventual growing involvement with the CCHS. (George Lay of Meadow Vista, my predecessor as PCHS president, had served for eight or nine years and had wanted to quit the post, though he still serves on the Board to this day.)

Thanks to my parents and grandparents, my love of the outdoors and my long career as a reporter, I already had an abiding interest in history. But it was mostly in reading, learning and writing about it. Until Betty recruited me, I really had no interest in any role other than being a member, despite holding many leadership roles in many other organizations throughout my life. I think of her as the type of arm-twisting person that the CCHS could use more of.

The purpose of this letter is to support Auburn resident Betty Samson's nomination by the Placer County Historical Society for an award of merit by the Conference of California Historical Societies.

Betty Samson is being nominated for her years of hard work and dedication on behalf of the Placer County Historical Society. After 29 years, Mrs. Samson is stepping down as being the key contact person for the Society's dinners, communicating with its members and collecting payments for their events.

For 26 years, she chaired the Oral History Committee and was active in raising funds to save and restore the historic Bernhard House next to the Fairgrounds. She was instrumental in many of the Placer County Historic Society plaque dinners. These are just a few of her many accomplishments in our beautiful and historic community.

Ms. Samson is one of the few to be honored at the Rosie the Riveter Home Front Museum in Richmond, CA for her work during World War II as an aircraft mechanic at McClellan Air Force Base. She also worked there during the Korean Conflict.

She is among the honorees in Auburn's annual Veterans Day Parade. Ms. Samson was also an active participant for many years in the Taxpayers League of Placer County, which voiced concerns about local governmental spending. She has lived in the Auburn area since 1952 at the Springs Creek Ranch.

Again, I believe that Betty Samson deserves this recognition by the Conference of California Historical Societies for her hard work and devotion to preserving our rich history right here in the Gold Country.

Betty Samson is not only a World War II and Korean War heroine for her Home Front activities at McClellan Air Force Base, for the last 29 years she has been the ears, eyes, voice, and yes, face, of the Placer County Historical SOciety.

When she turned 90 (last July 26) she said she realized it was time to announce she was going to make her last roundup of guests for the PCHS dinner meetings in June 2016. Over nearly three decades, she has regularly called members to remind them of the dinner, to send in their checks and tend the guest table with name tags at every dinner.

Over the years as a Board member, she regularly chaired the nomination committee, recruiting officers and Board members and the oral history committee. Mrs. Samson was a faithful representative at our many historical marker dedications and museum exhibit openings. For much of the same period, she also served on the Board of the Placer County Historical Foundation, founded in 1971 primarily to raise funds for historic preservation.

Her often behind-the-scenes enthusiasm, directness, perseverance and loyalty has been a major force in keeping the Historical Society and Historical Foundations going.

Often nicknamed B-1 Betty by her friends, she is among those remembered at the 145-acre Rosie the Riveter World War II Home Front National Historical Park, which was established in 2000 in Richmond, CA. But she will give you "that look" when you or someone else calls her "B-1 Betty" or "Rosie the Riveter", because she doesn't think what she did was so extraordinary. She got to meet a lot of fellows and the $100 a month was "a lot of money."

She is not only the darling of veterans' organizations, she served as treasurer of the Placer County Taxpayers League. She is chauffeured in an Army Jeep in the annual Auburn Veterans Day parade.

Her Depression Era values and the patriotism of the United States during World War II remain with her until this day. In her Rosie the Riveter oral history, she said as a kid in the 1930s, she really didn't think of herself as being poor, as there was always food from the garden and things to do.

So it was probably natural for her, because her father was an auto mechanic, that in her senior year at Grant Union High School in Del Paso Heights she took a course in aircraft mechanics. It served her in good stead, because right after graduation in 1943, she went right to work assembling engines for the war effort at nearby McClellan Air Force Base. Her home was on the "patrol line" of the base. She had her own horse. She saved enough to buy her first car, a 1935 Plymouth to get to work.

By 1945, Betty Mosher met a cowboy, Stanley James "Jim" Samson, through a roping class they were involved with and married October 22, 1946, in Carson City, NV. Part of their honeymoon was spent sleeping in their car.

After a series of jobs, during the Korean conflict, Betty returned to McClellan at the start of 1951 to once again work as an aircraft mechanic. A year later, the Samsons had saved enough for a down payment on 112-acres in Placer County. The property had an old building constructed in 1861 with square nails. It was there they rode horses, raised goats and Jim handcrafted custom saddles. They named it Spring Creek Ranch after the name of a ranch Jim Samson had once worked in Cottonwood, AZ. Though Jim died in 1999, Betty and daughter Karri still live in and manage the ranch the Samsons have owned for 64 years, though much of it is now leased out.

Call Betty a hard-scrabble cowgirl who served her country and serviced some of its war time bombers and fighter jets during World War II and the Korean conflict. She continues to serve in the preservation of oral history and avoid wasteful spending in government.

Respectfully submitted on behalf of the PCHS.