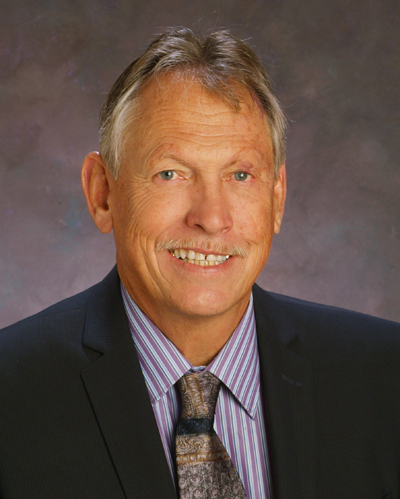 Raised in Napa, Scott graduated from Napa High School in 1970.  He completed a 4-year apprenticeship in carpentry, spending 13 years working as a union carpenter.  He then began a long career in public service that has continued into retirement.  He began working for the Napa Fire Department, starting as a Reserve Firefighter.  Scott worked 32 years with the department, retiring as a Truck Captain in 2011.

Scott's community involvement includes 25 years as a docent at Bale Grist Mill State Historical Site, 4 years on Napa's Parks and Recreation Advisory Commission, and serving 9 years as a Board member with the Napa Valley Unified School District.  He currently serves on the Boards of the Napa County Historical Society (NCHS) and the Foundation for Napa Recreation.

Scott is a member of the Native Sons of the Golden West, Napa Elks Lodge, Land Trust of Napa County, and the Sierra Club. Even after retirement, Scott continues to serve his city as an elected member of Napa's City Council.

Scott has been married 38 years to Napa native Linda Riddle.  Both of his adult children live and work in Napa.  His daughter, Keri, carries on his tradition of public service as a member of the Napa Police Department.

Scott's service was recognized and put forth for nomination by Nancy Levenberg.

Historical Organizations Scott is involved with

It is a great pleasure to pen a  letter on behalf of Scott Sedgley, who has served this community and helped education and preserve our history in many ways over the years.  Scott is currently one of our City Councilmembers and also serves as the Vice President of the Napa County Historical Society.  Scott joined the NCHS board 5 years ago.  He has guided historic tours of downtown Napa for years before then for both NCHS and also Napa County Landmarks.  he has guided NCHS' annual all-valley history tour every years;  this year is our 4th.  He also devotes time to docenting tours at historic Bale Hill, one of our unique historic assets.  Annually, the Bale Grist Mill holds a Mill Days celebration and invite local crafter (lace, rope, etc.).  Scott has been on their docents every year for many years.

Scott has worked tirelessly as a member of the Native Sons of the Golden West, and as a docent for these various organization to keep history alive in Napa County.  His many civic duties mean that he could be nominated in several of the categories CCHS has devised.  He currently fits the category of publicly elected official.  Serving as a City Councilmember, current Vice Mayor of Napa, he has worked tirelessly to preserve historic landmarks, educate about our history, and advocate publicly on behalf of our historic home, the earthquake damaged Goodman Library, a National Landmark.

He could be nominated as an individual or for the WADDINGHMA/DOCTOR AWARD since his devotion to and labors on behalf of history have lasted longer than 25 years.

I am happy to provide any additional information you may need about Mr. Sedgely's candidacy for his many devoted years of service in the cause of history!

To Whom It May Concern:

It is my pleasure to acknowledge and support the nomination of Scott Sedgley for the Conference of California Historical Societies Governmental Award.  I have known Scott personally for over fifteen years and he shares my love of history.

Scott was elected to the Napa City Council in 2012, and is running for re-election this year.  He currently serves as the city's Vice-Mayor.  He has championed historic preservation within Napa, ensuring that it is one of the core values that the Council has embraced as re-development of the city has progressed.

Scott's volunteerism and leadership on the Board of Directors at various historic organization within Napa County has spanned over 25 years, and also cemented his dedication to history  He has been involved in the Napa Valley Parks Foundation, the Napa County Landmarks Association, and the Napa County Historical Society among others.

Scott's involvement with the Napa County Historical Society goes beyond being a Board member.  He has served as a docent for the walking tours in Napa, including one that was given to CCHS members who attended the Spring symposium in 2015.